It's the proverbial 'daily grind'...Coffee Quaffing 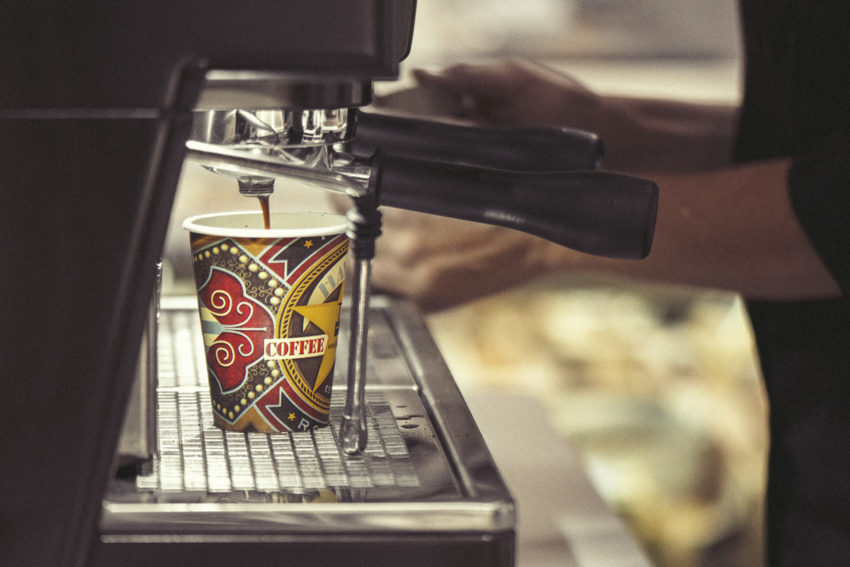 Is coffee good or bad for you?
No. And also yes.

Whenever I think of coffee, I think of Brazil and Columbia — as they are the biggest suppliers of this substance in el mundo (the world). But then my mind starts to wander to the Medellín drug cartel. You know, like in the Netflix series Narcos?

You know cocaine? It’s that stimulant that quickly spread across the planet, fostering dependence + withdrawal? But, I digress — I’m supposed to be talking about harmless ol’ coffee here, right? 😉

So then, is coffee good? Is coffee bad? Generally speaking, that really depends on you — and how sensitive you are to this beverage. The effect caffeine has on you will also depend on the quality and quantity you drink.

About 25 years ago there were only a handful of tearooms & cafés scattered around the show. Then espresso hit! And, now espresso shops + carts are the ultimate ‘hyper-store’ in New Zealand.

There’s now a ‘dealer’ on every corner it would seem.

Do we really need to be provided constant stimulation by South America?

How long does it take your body to decaffeinate your cup of coffee?

How long does it take your body to metabolise caffeine? Some people are termed ‘fast metabolisers’ — meaning that they can tolerate more caffeine simply because they can process it (or rather detoxify it) more effectively.

Conversely, ‘slow metabolisers’ cannot tolerate caffeine very well. This is essentially because they suck at metabolising this substance…

So, how do you know what type of metaboliser you are without checking out your liver’s Cytochrome P450 enzymes? (Your CYP1A2 to be exact.) You listen to your body — that’s how!

If when you drink coffee it doesn’t affect your health adversely (it doesn’t make you anxious or it doesn’t interfere with your sleep), then you metabolise it well. However, if you’re like me, and when you first start drinking caffeine it hypes you up, but then over time, with continued daily consumption, it turns you into an ogre… then you may want to consider reducing or even eliminating this stuff from your life.

Note: Hello, my name is Lisa Fitzgibbon. And I am a super-slow metaboliser of caffeine.

I remember my first time...

I was 24 years of age, and working as a Production Manager at a small Advertising Agency in Hamilton. (Up until this point, ‘instant’ coffee had no appeal for me.) A rather good looking sales rep had come down from one of our Auckland printers to shmooze me. Naturally he took me for coffee to perform said shmoozing.

After my first (bitter, disgusting tasting) espresso I felt extremely agitated. But, unfortunately the dishy sales rep asked me if I wanted ‘another’ — which I stupidly agreed to. Why did I do this?  For one, he was buying, and for two I didn’t want him to think I was a little wuss that couldn’t hold ‘my drink’!

After consuming coffee, I wondered if I would look different — would I look all worldly and sophisticated? The short answer was: no. Instead I rocked back up to Bennett Advertising looking like I had been attacked by the sales rep! I was an even whiter shade of pale from my normal ‘consistency’. I was also both shakey and clammy… and desperately trying to hold back a ‘vom’. And, much to my own disgust, I had to excuse myself from my work duties, and go home for the remainder of the day to ‘lie down’.  Good grief — how embarrassing.

But the story gets worse. I am ashamed to admit that after that incident, rather than acknowledge that coffee probably wasn’t the best for my state of wellbeing, I figured I needed to ‘harden-up’.  I discovered that espresso was actually palatable if you added dairy + chocolate to it. Mocha became my drug of choice for more years than I’d care to admit. I also figured out that if I had no more than 2 shots of coffee in one sitting, that I only reached ‘jittery + over-chatty’ levels of hyperactivity, rather than making myself physically sick 😉 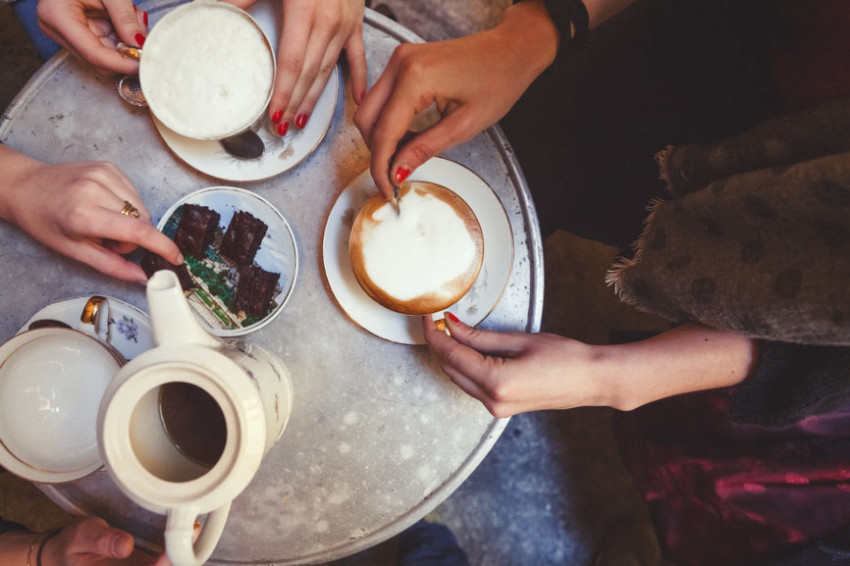 It's odd that many of us are reliant on a foreign substance in order to feel human.

These benefits will most likely be conferred to Fast Metabolisers of coffee. Slow Metabolisers wouldn’t be able to drink enough — for a long enough period of time — to affect positive change.

Generally speaking, the supposed long-term benefits of coffee are presumably due to its anti-inflammatory + antioxidant activity. It is also possible that some benefits are due to the specific nutrients that coffee contains such as magnesium + vitamin B3.

02—It's good for weight loss

The coffee should be drunk ‘black’ with no sugar. (Or, you could add approx. a tablespoon of organic cream).

Unfortunately, in some cases, coffee doesn’t help with weight loss — and it actually contributes to increased weight gain. This is because coffee creates acute stress in our body. (Or, chronic stress- if you drink it daily!)  Therefore, if a person is already feeling stressed, then coffee consumption could lead to fat storage instead.

03—It's good for your cognition

It helps you to feel alert and to concentrate. Caffeine can also improve your vision + hearing.

It’s hard to feel ‘down’ when this stuff makes you feel ‘up’1. This ‘high’ is primarily short-lived, as coffee can alter your serotonin + dopamine levels in the short-term.

05—It's reported to be potentially beneficial in certain medical conditions

These side-effects are more likely to be experienced by Slow Metabolisers in the short-term, due to the caffeine content.

01—It can cause anxiety, increase stress, and it can mess with you making Zzzzzzz

Check out a previous blog-post that I wrote about this.

02—You suffer from hormonal issues such as PMS, Endometriosis, or PCOS.

When you suffer from any sex hormone condition, having caffeine will increase your stress response. The stress response disrupts your hormonal balance.

03—It can mess with your alkaline/acid balance

This is because coffee can effect the absorption  of minerals such as calcium + magnesium. Coffee can also cause your body to ‘ransack’ its stored mineral and amino acids. This is in order to buffer your blood.

Check out a previous blog-post that I wrote about this. The whole Acid + Alkaline thing.

Note: Examples of the nutrients that caffeine can antagonise are: B1, Biotin, Vitamin A, and Potassium.

04—Cawfee can raise your blood-pressure

Caffeine is a potent vasoconstrictor. This means that it makes your blood vessels smaller, making it more difficult to push the blood through — therefore your heart has to work harder.

This is why caffeine can be a good drink to have if you suffer from low blood pressure. 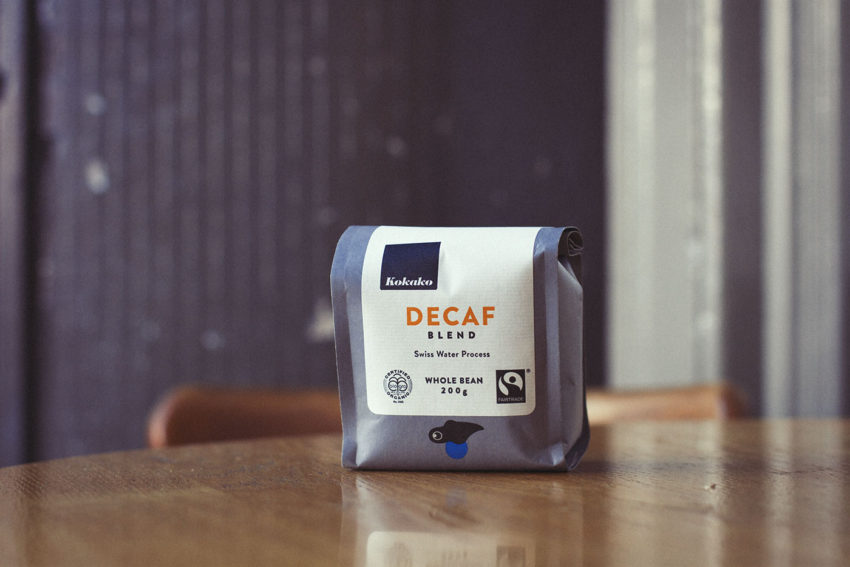 Regardless of the positive coffee research out there, in practice I've never seen anyone thrive from drinking 3 cups (or more!) of coffee every day. 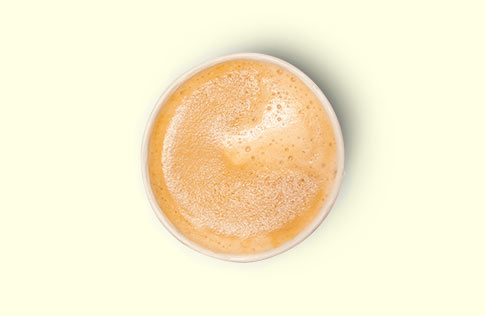 Sip it and see!

Take a coffee break for 10–14 days and see what happens…
When you reintroduce coffee, take note — of how it actually makes you feel. And, be honest with yourself!

Also, just because you initially get away with drinking coffee doesn’t mean you will continue to do so. Particularly as you start drinking it daily, and the amount that you drink inevitably begins to creep up as you try to re-capture your first high.

Just like it takes time to get well, it can also take time to get unwell. Check out a previous blog-post I wrote on how to acquire a food intolerance.

Give me a (coffee) break!

You’re not drinking coffee for the so called health benefits. You’re drinking this stuff because you like the taste and/or because you want the ‘hit’ from it.

So, if you feel coffee doesn’t affect you adversely, and you’re not ready to give up your daily grind just yet, I would recommend the following:

If you drink coffee for the taste of it
Drink decaf instead — preferably organic and that has had its caffeine removed by the Swiss Water Process. (Kokako does a lovely job of this!)  Because, as you maintain, coffee doesn’t affect you adversely, so you won’t notice any difference by switching to the decaffeinated version instead 😉

IF YOU DRINK COFFEE FOR THE ‘Hit’
Drink decaf instead — preferably organic and that has had its caffeine removed by the Swiss Water Process. (Kokako does a lovely job of this!) And then, when you actually need a caffeine hit (you had a late night, the kids interrupted your sleep, or you’ve got an exam), you can have a cup of the real stuff.

By drinking ‘caffeinated coffee’ infrequently you will find that you REALLY notice the  short-term benefits gained from drinking this beverage for its medicinal (stimulating) properties such as the increased: alertness + cognition + motivation + mood.

Ideally coffee should be drunk:
Organic,  ‘black’, with no sugar. It should only be consumed in the morning. And, drinking espresso is preferred to drinking ‘brewed’ or ‘instant’ because it has less caffeine. (Since the volume of coffee is smaller.)

If you’re having to rely on this stuff to function, then come-on, you know something’s wrong there.

A definite indicator that you need to knock coffee/caffeine on the head (for a period of time, at least) is when you literally can’t cope with life without your coffee. Or, if you’ve tried to give-up but you found that you can’t because it causes headaches + cravings when you try to stop.

Another indication that you need to give-up coffee (for a period of time, at least) is when as soon as you’ve consumed it you feel even more lethargic than before you started!

These indicators are no-brainers that you have ‘issues’ with this substance.

I recommend you get yourself off to a Naturopath (ideally me!) ASAP to figure what what’s going on with you and to find out the best way to get yourself out of the hole you’ve dug yourself into. We’ve all been there at one point or another with this substance — there’s no judgement here 😉

We’ll assess key areas such as your diet, your nutrient + stress levels, and your sleeping patterns.

Note: At the time of writing this blog-post: I have been officially ‘decaffeinated’ for 50 days. (However, I gave up Mocha a long-time ago.)

Research-wise, the jury is still out. Therefore, due to its caffeine content, I recommend that you only drink coffee when you actually need some artificial energy.

MAKE AN APPOINTMENT WITH LISA

Lisa Fitzgibbon is a qualified (2006), experienced and registered Naturopath and Medical Herbalist. She runs her own private practice OOMPH, in Grey Lynn (Auckland, New Zealand).

Lisa has been involved in the Natural Health industry for 13 years. She draws on her professional training and experience, as well as her own personal experience to bring you realistic, holistic health advice.