These are a few of my favourite thingsNature & Health Magazine 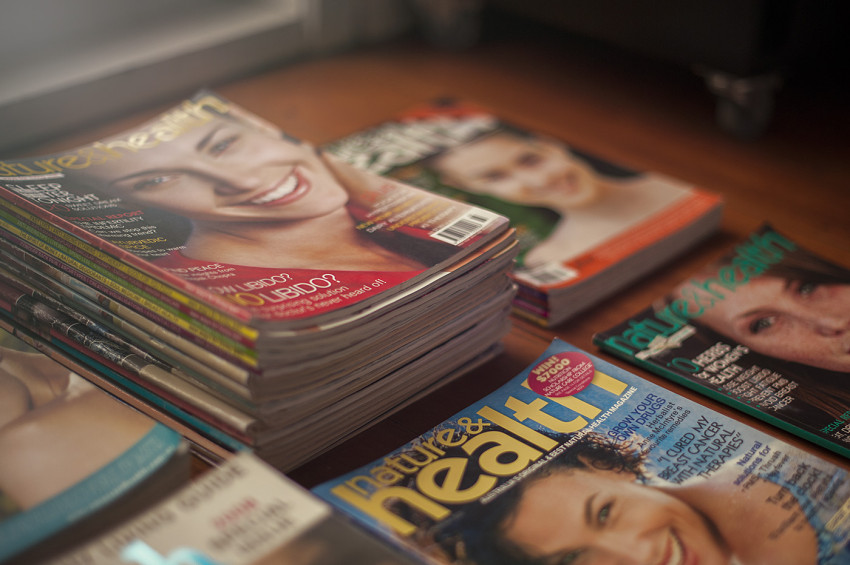 I love this magazine!

I really love this magazine (and no, I’m not being paid to say so)! I’ve been a fan since 2003 — since before I started studying Naturopathy. I have around 55 copies on file.

I find N&H a well considered, interesting and intelligent read. The articles are referenced, and in most cases are written by practicing health professionals.

It’s just like any other lifestyle magazine… Except it’s not gossipy… or shallow… and the articles are relevant… and important. 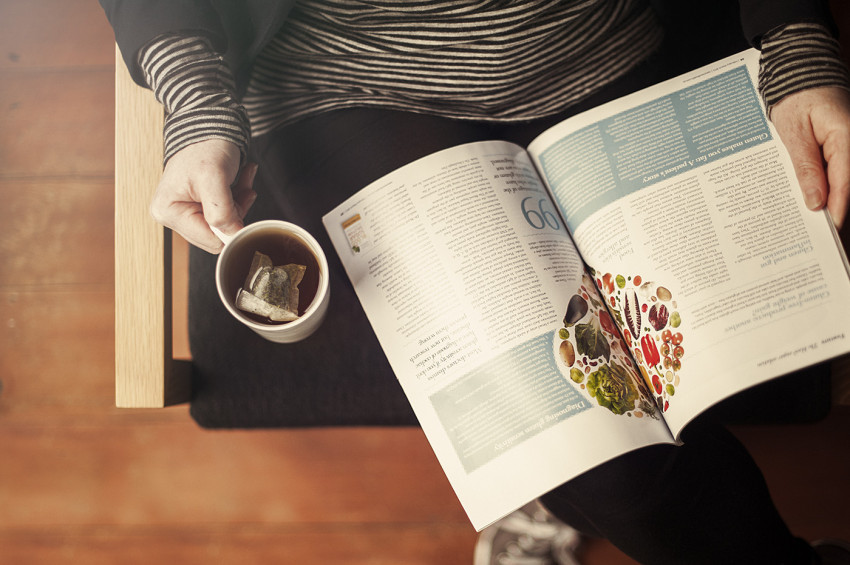 They know which side their bread is buttered on

To sell magazines to women you have to include a certain amount of ‘essential’ reading. Any women’s magazine ‘worth its weight’ will contain the following subjects:

Beauty
(with a heavy focus on anti-aging)

Established : 1979
Frequency of publication: Bi-monthly
Cost of magazine:  NZ$8.20
Get a copy from: Mag Nation, Whitcoulls, Paper Plus, or via subscription

Extra! Extra! Read all about it

N&H brought the following women’s health issues to its readers attention years ago:

February/March 2006
The Problem with Mammograms — Should you have one?

August/September 2007
The Pill — How safe is the world’s most widely used drug?

February/March 2008
The HPV vaccine — What your doctor won’t tell you.

Note: This vaccine supposedly protects you from cervical cancer

What we thought were relatively recent health/fitness related discoveries, N&H have known about for years: 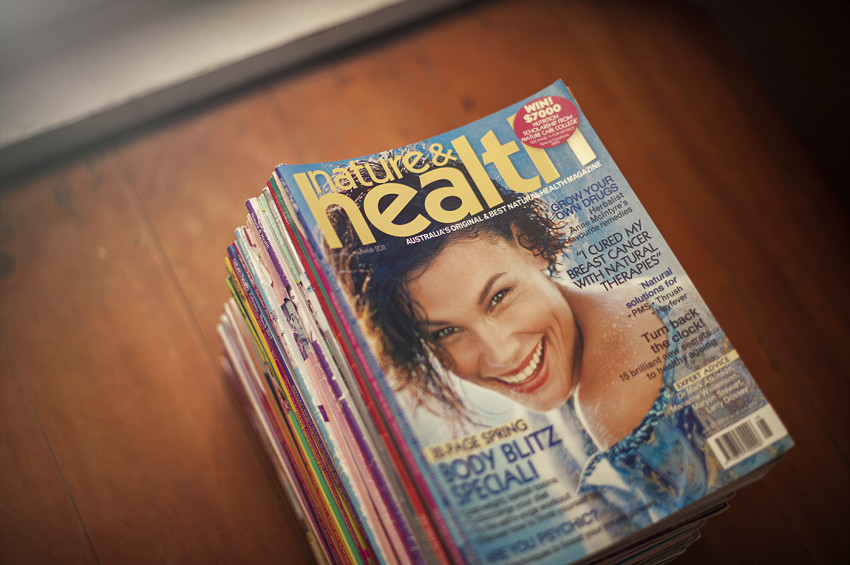 Flicking back over the last decade

It’s always interesting to look back through the media to see what we were focused on at specific points in time. And it was particularly fascinating to scan back through my collected copies of N&H.  The majority of these articles are written by practicing health professionals, so you would expect this magazine to reflect what they were seeing at the time…

Before 2007 we were more-or-less focused on:

However since 2007/2008 (around the time of the financial crisis), we have been noticeably focused on:

It’s sad to see that throughout the last decade,  women are still suffering from a core batch of health concerns:

Want to read more about some of my favourite
health things?

You can choose from a variety of blog-posts here – just click the link!

I believe this magazine tells it like it is. I'm so surprised that more people aren't aware of this fabulous publication!

Make an appointment with Lisa

Lisa Fitzgibbon is a qualified (2006), experienced and registered Naturopath and Medical Herbalist.

She runs her own private practice OOMPH, in Grey Lynn (Auckland, New Zealand).

Lisa has been involved in the Natural Health industry for 15 years. She draws on her professional training and experience, as well as her own personal experience to bring you realistic, holistic health advice.

Lisa sees clients from all over New Zealand either in person or via SKYPE.